There are few times in life in which superlatives are ever really fitting. I think we find them acceptable because we like to exaggerate; punctuate our own language with interest; make everyday occurrences seem out of the ordinary and somehow useful to others and special to notice, when in actuality, most occurrences are boring and mundane at best, and not at all “Whoa, amazing!” as we like to think. When someone throws around the word “amazing,” we know what they’re really saying is: “Oh, nice,” or “My lunch has arrived and now I will eat it.” Amaaaazing! Lunch is here!

Although he is sadly no longer with us, I’m sure William Safire and the much celebrated (and now defunct) column On Language could help me out. Why do we use these words in the way that we do? Why do we love hyperbole so much? The idea that some words have lost their meaning or have gained new meaning is a nonstarter because of course some words have lost their meaning with time and with use, and also – so what? You’re not going to get anywhere trying to convince people to be less figurative with their language. And why would you? Creative use of words is the difference between mere communication and language. It’s the difference between a robot and a poet. Overuse of superlatives is a poetic device that I not only employ on a regular basis, but readily enjoy to the radical ultimate maximum (rad-ulti-max is totally going to happen, you guys!). Clearly, I like a superlative as much as the next person. And the only reason I’m even thinking about this at this very moment is because I would very much like to use the word “amazing,” to describe an experience I’ve recently had but I cannot, because the word is simply no longer big enough or meaningful enough.

With that in mind, describing Wednesday night’s Björk performance at the new Kings Theater in Brooklyn, as “life-changing,” or “spiritual,” or yes, even “amazing,” simply will not do. It was for sure all of those things, but I am being forced to be pedantic, because my personal poetry is failing me.

To attend a Björk performance is to feel as if you belong to an elite, secret club, to which few are permitted access. That is of course not the truth, but tickets are few and difficult to get, so that’s how it feels. That, coupled with the ornate and luxurious backdrop of the newly refurbished Kings Theatre, can easily make for an experience that goes straight to one’s head. Straight. To. Your. Head. I was all about letting this feeling overcome me and the intoxication of simply being there was enough. I didn’t need to buy a drink, or laugh with friends, as was the case with everyone else who was there. The couple behind me repeatedly noted how big the drinks were, and then cackled each time in disbelief. HOLY SHIT THESE DRINKS ARE HUGE. HA HA HA.

We were all together, sharing in this magical, boozy world, made just for us especially to enjoy while sitting in our red, velvet seats, waiting for our magical overlord, Björk to join us. Staring at the decorative French Renaissance style ceiling and surroundings, sitting in my seat, close to the stage and right in the middle – I thought it was all too good to be true. It wasn’t. It got better. And better. And better yet. 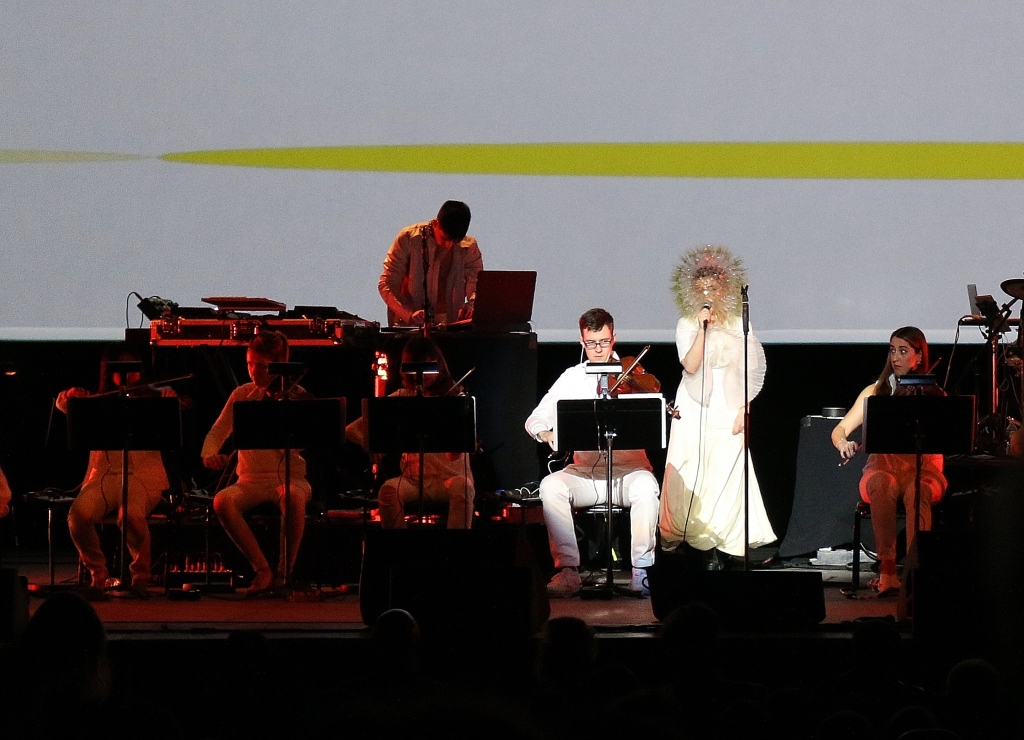 Björk’s new tour is primarily promoting her new album Vulnicura, which is a melancholy exploration chronicling her breakup with artist Matthew Barney. This new tour is not a electronic dance party, as one might expect from a Björk concert. It’s more symphonic devotion to loss and vulnerability and sadness. And in true form, Björk delivers all of her heartfelt loss and emotion directly to us; her voice is strong and soothing and takes you along on her journey as she figures things out.

Her performance is unique because she brings a visual presentation that is hard to compare to anything else. While performing Black Lake, her 10-minute opus dedicated to her pain, the projection screen behind shows a visual representation of the music and the graphics undulated and moved along with her voice perfectly and body movements (dance moves!). And she did this without seeing it, without looking behind her, and danced and moved in unison flawlessly with the screen behind her. I cannot explain it, but is was like she had eyes in the back of her head. Maybe she does?

It was a beautiful, sad show but also positive and wrenching the same way that opera can make you appreciate humanity’s wide range of reactions and feelings in response to living one’s life and living on this planet which opens us up to a constant assault of pleasure and pain. She’s enjoying herself and expressive as ever, and we’re happy to be able to share in whatever she wants to share with us.

Björk plays The Kings Theatre again on Sunday, March 22nd at 3pm, but that show is Sold Out.

All photos by Sarojini Seupersad. 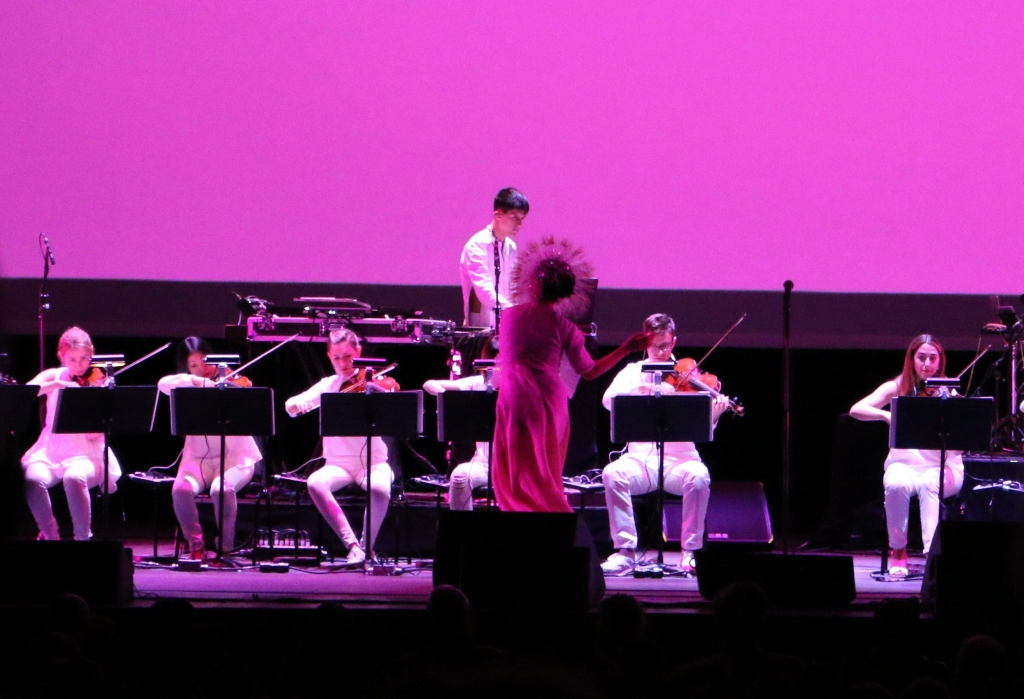 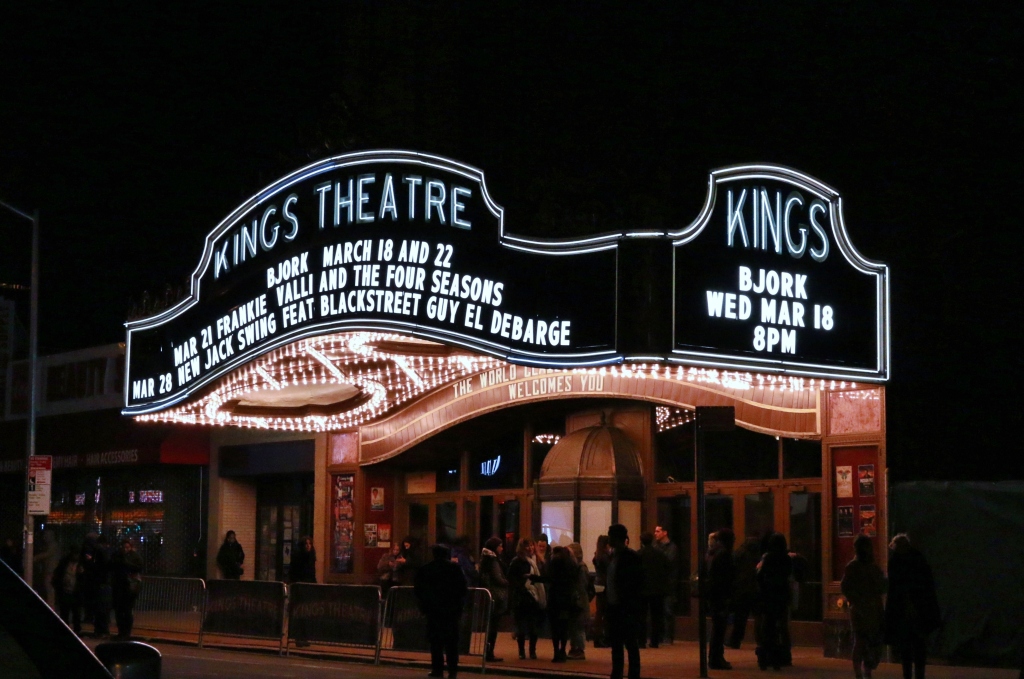 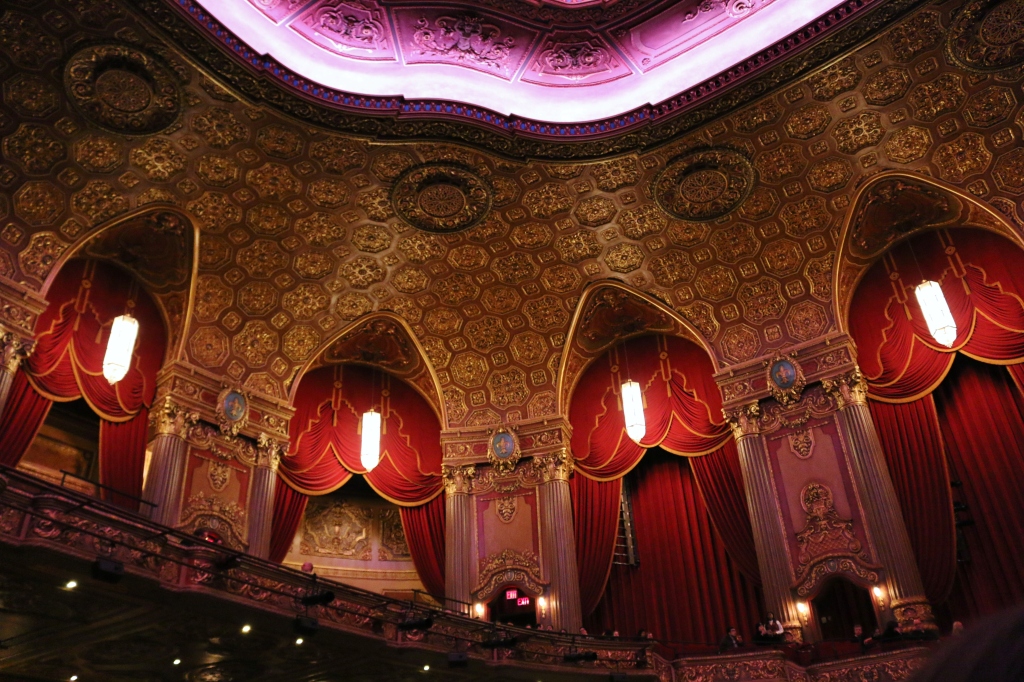 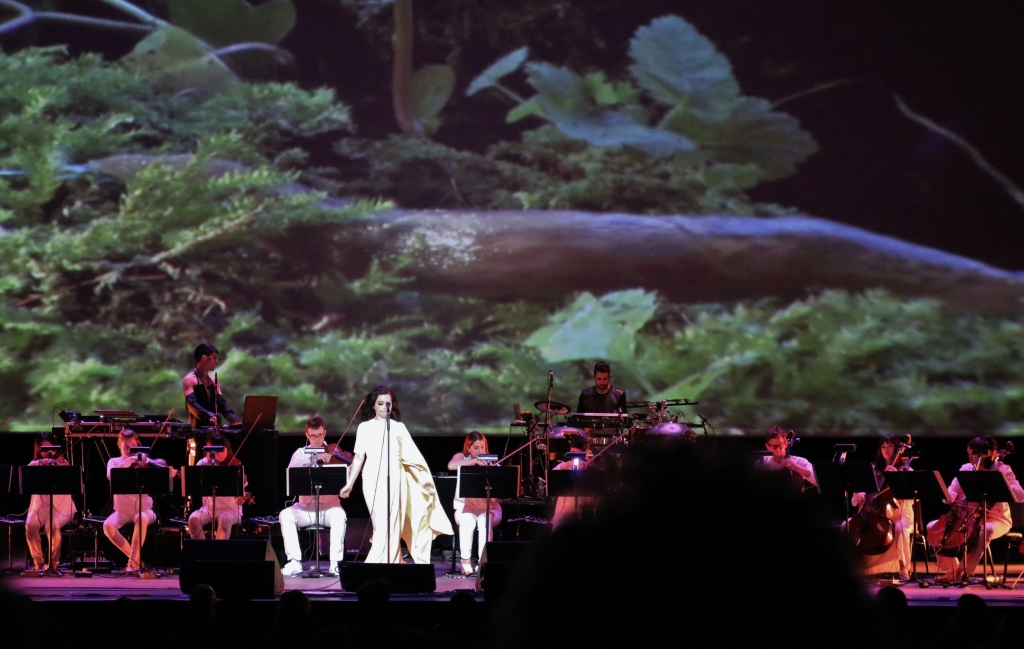 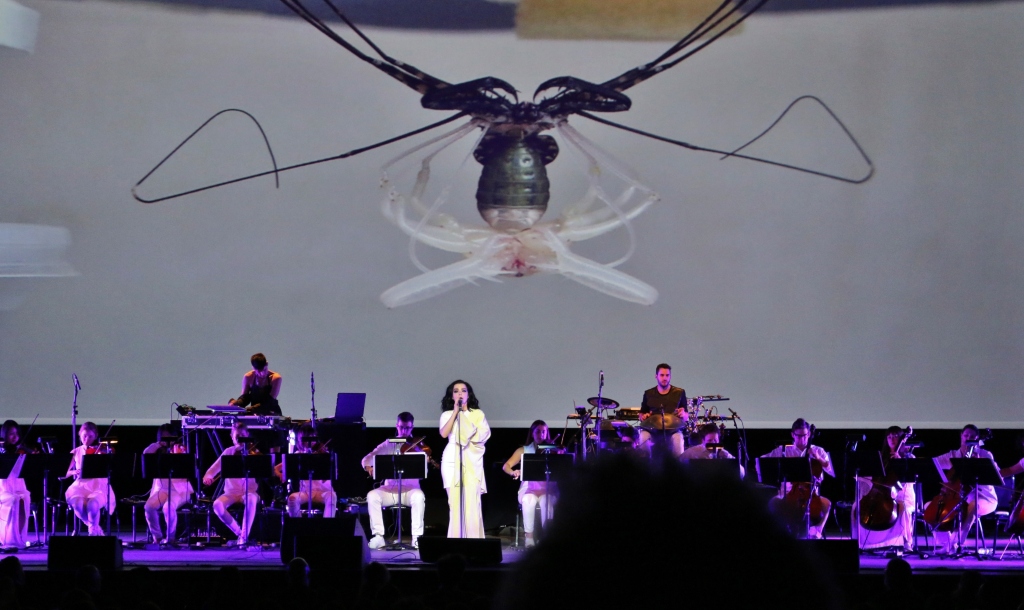 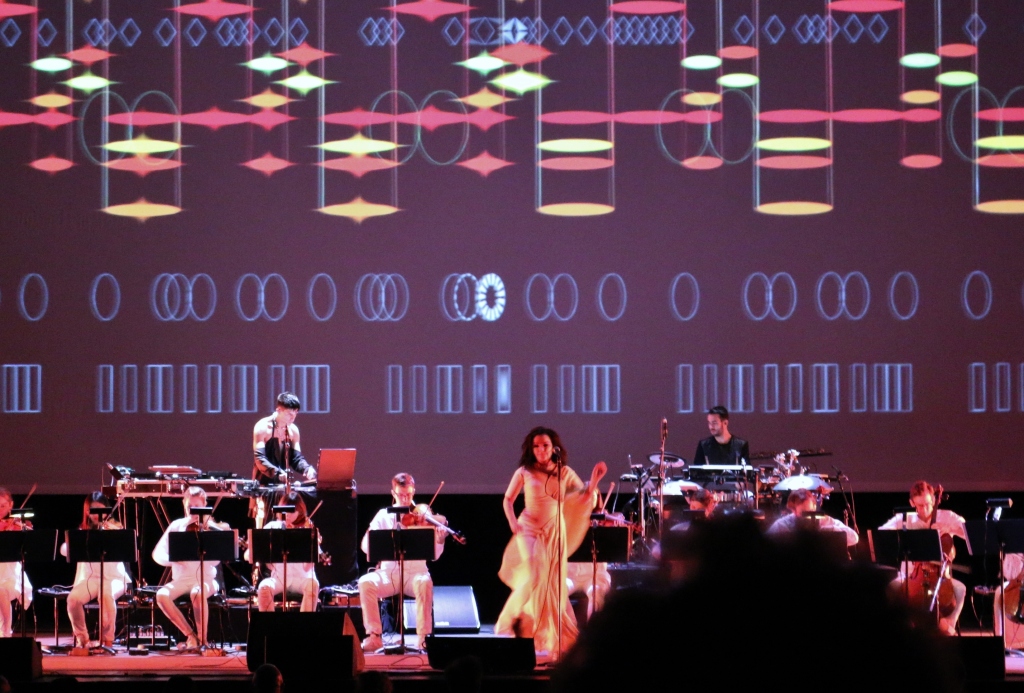